When It Comes to Acting, Michelle Pfeiffer Would Prefer Not To 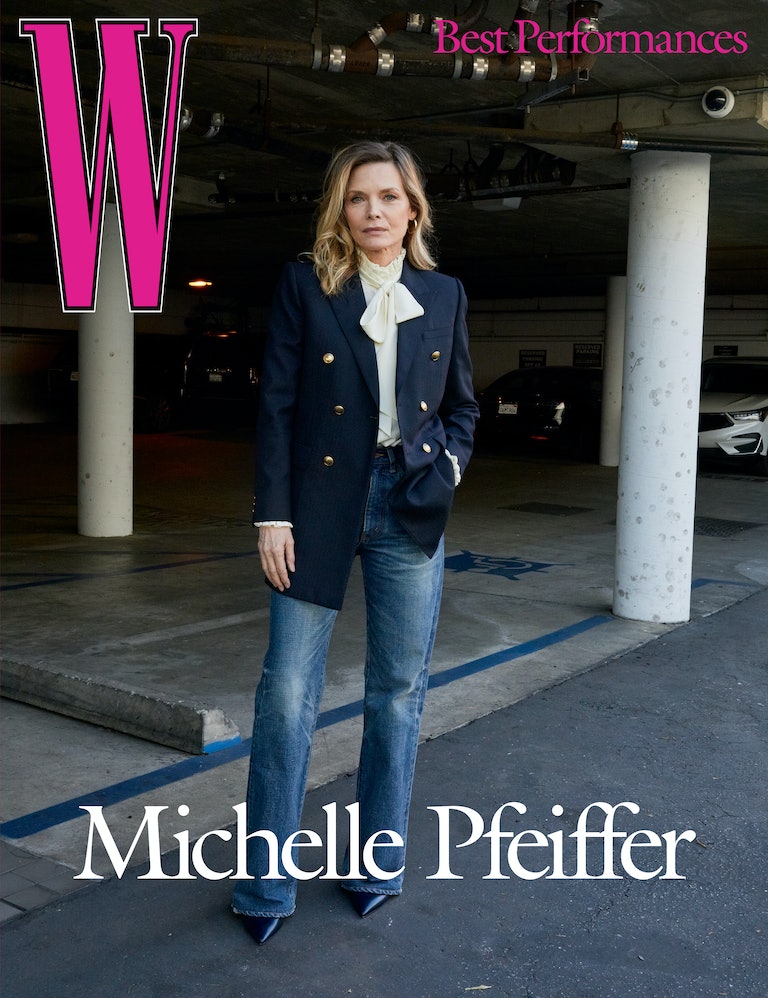 Michelle Pfeiffer’s best roles always seem to involve a woman at war with herself. Whether in the biggest of blockbusters or the smallest of indie films, Pfeiffer has a way of pitting her characters’ wit and self-awareness against their flaws and trauma. Her Golden Globe–nominated performance in French Exit is no exception. She plays a widowed woman whose station in life, both social and financial, is slipping away. The character absconds to Paris, only to realize her late husband has been reincarnated in the most unlikely of hosts. For W‘s annual Best Performances issue, Pfeiffer explains why she’s so drawn to playing imperfect women, and the difficulties of sharing screen time with cats.

You’re not known for rushing into just any project offered to you. What was it about this film that made you sign on?

My agent calls me “Dr. No” because I turn down so many parts, but I fell in love with French Exit. I found it so odd and original. I have a love-hate relationship with the work of acting, but playing Frances was immediately compelling.

Frances is a beautiful, entitled, very stylish New York City woman who has recently lost her husband, who has been reincarnated into a sleek, black talking cat. Do you have a particular affinity for cats?

Besides playing one myself? [Pfeiffer was Catwoman in Batman Returns.] I do love cats, but you can’t get a cat to do anything that it doesn’t want to do. But the two cats in French Exit who played the one cat were magical. They both seemed to roll their eyes on cue.

You look fantastic in the film—very glamorous but understated.

It was kind of tricky finding the right look for Frances. She was a head-turning sort of woman, but she’d had many financial setbacks. The clothes had to be timeless but a little dusty. There are moments when her clothes become a bit of a weapon; they shield her from too many questions.

Do you ever think of reprising any of your past characters? The trophy wife from Scarface? The biker girl from Grease 2? The singer Susie Diamond from The Fabulous Baker Boys?

Grease 2 was one of my first films, and that was really fun. There was a lot of hype around that movie, and I’ve never been comfortable being hyped. That’s always been a struggle for me. However, I would be curious to know where Susie Diamond and the Baker Boys are today! I’m always attracted to characters who are a little bit broken, and Susie was definitely damaged in an intriguing way.

In general, by the time I commit to a character and a project, I’m also kind of addicted to whomever I’m playing. Frances certainly had me enthralled. When I was talking to her dead husband in a cat’s body, I was reminded of why I love my job.