Michelle Pfeiffer On the Never-Ending Launch of Running a Business: ‘I Kept Waiting for It To End, and I Finally Realized — Well, It’s Never Going To!’ | November 22, 2021

Michelle Pfeiffer On the Never-Ending Launch of Running a Business: ‘I Kept Waiting for It To End, and I Finally Realized — Well, It’s Never Going To!’ | November 22, 2021

Entrepreneurship is a marathon with no finish line. Are you exhausted? Henry Rose founder Michelle Pfeiffer knows exactly how you feel.

“I’m a little numb at this point,” Michelle Pfeiffer said, “and not sleeping a lot.” 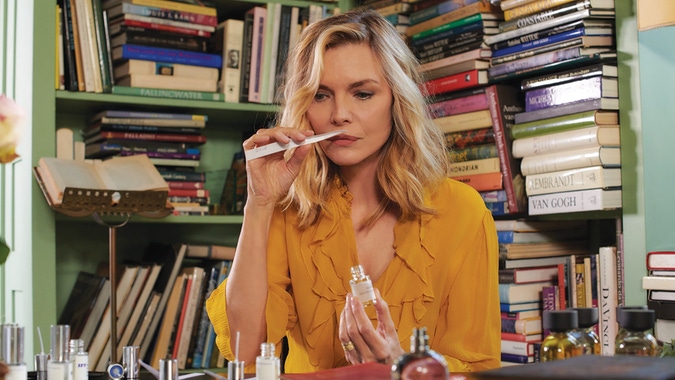 That was back in 2019, when the world-famous actress was on the cover of Entrepreneur, and about to launch her first company. She was an accidental entrepreneur: After becoming a parent, she started worrying about the safety of the products her kids used, and that led her to wonder about the products she used. She asked fine fragrance companies to reveal their ingredients publicly; when they said no, she spent 20 years figuring out how to build a company that would. The result was Henry Rose, a fine fragrance brand that’s transparent about its ingredients, and the only one to have those ingredients certified by two leading environmental groups. Back then, Pfeiffer also applied that transparency to herself and shared how hard the journey had been.

Movie-making has an ending: You do the work, then the movie comes out. But starting a business is not the end, of course. It’s the beginning of endlessness. How has that adjustment been?

Business is a whole different realm with a completely different set of rules and structure. When you do a film, there are ones you enjoy doing more than others. Some are incredibly challenging and difficult and trying, but you go, Okay, I’ve got two more months, I’ve got six more weeks. It’s like a countdown.

That’s not the case in business, because it’s putting out fires and continually having to pivot. I kept waiting for it to end, and I finally realized — well, it’s never going to! This is what it means to be in business. It made me develop a different kind of stamina that I just didn’t have before.

The only other analogous experience I can think of is new parenthood, where you wake up every morning to a screaming baby and wonder when you can take a break. Eventually you realize the answer is never.

It is, in a sense, a different version of giving birth. I had this notion that at some point the hard part would be over and then it would be easier. First it was finding someone to develop the product with me. Then it was starting a business, not having a business background or degree or anything. Then oh my gosh, we made it to launch. And then the really, really hard part began! Now two and a half years later, my learning curve has been so constant and steep that I feel a little more on solid ground. But I’m still learning new things every day. In some ways, the fun is really starting now.

Henry Rose began so personally, as many companies do: You wanted something to exist in the world, and realized you’d have to create it yourself. Now that it’s a real company, has your relationship to it changed?

When I started this, I was really angry. I was stressed. Fragrance is in everything, and people don’t realize that when you look on a label and see the word ‘fragrance,’ it can be hundreds or thousands of ingredients, and there are no requirements for transparency on the label. Fragrance is on baby toys; it’s on things you don’t even realize.

I just wanted safer products for my kids. So I was looking for products for them, and then I started looking at my perfumes, which I love, and I stopped wearing them [because perfume brands don’t detail all their ingredients]. I thought, we have the technology. We have the consumer demand. Why is it that I’m having to choose between a quality product and something that I know to be safe?

When we started really looking at the opportunity to give people safer products, we saw that the brand could go in many different directions. I can get really excited, and we have to keep reigning it in and not run away with it, because there is so much opportunity there.

Do you still find that anger useful now?

No, I’m too tired to be angry. I think part of the anger comes from feeling impotent. I’m a fixer, you know? I don’t like it when I can’t find a solution to something. But now I have.

Henry Rose has expanded into a range of new product categories since it launched. What guided that?

We listened to our customers. One of the reasons we developed the candles, for example, is because they asked for them again and again. This was interesting: In the beginning, we had a lot of repurchasing of our sample set, because people really loved to play with them. [The set contained five small bottles for $20, and was intended for online consumers to sample the brand’s scents.] Then we discovered that people were layering them and customizing their own scent. They were having such a good time that it was cannibalizing our other sales. We wanted to convert into the larger size; that’s the whole purpose of the sample sizes. But we listened to them and realized that because we work with so few ingredients, and it’s really about how you balance those ingredients, the scents are complementary to each other. So you can’t really go wrong. And that helped us. We started our layering campaign.

So you saw what people were doing organically, and then turned it into a marketing campaign?

Yeah. We invited people to play and experiment with these fragrances. Because the other thing we’d realized is, especially with younger millennials, they approach fragrance in a very different way than people in my generation or my mother’s generation. They look at it as an accessory to their wardrobe; they don’t necessarily fall in love with one fragrance and then wear it for 30 years. They like to have a variety of them for their given mood.

This seems like another answer to my question about how your relationship with the brand has evolved. Once you put it out there, you realized it was no longer yours. Now it was theirs.

It’s creation. You know, I’m a painter. So when you start a painting, you have an idea of what you’re going to paint. And you draw your picture and then you mix your paints and think, I want it to be this. And then at a certain point, it starts to tell you what you need to do. That’s my favorite part of painting. It’s also the part that’s the hardest for me to get into, because I’m a little bit controlling. But it’s the same process.