How Michelle Pfeiffer Transformed Into Betty Ford for ‘The First Lady’ | June 8, 2022

How Michelle Pfeiffer Transformed Into Betty Ford for ‘The First Lady’ | June 8, 2022

By Hilton Dresden | The Hollywood Reporter 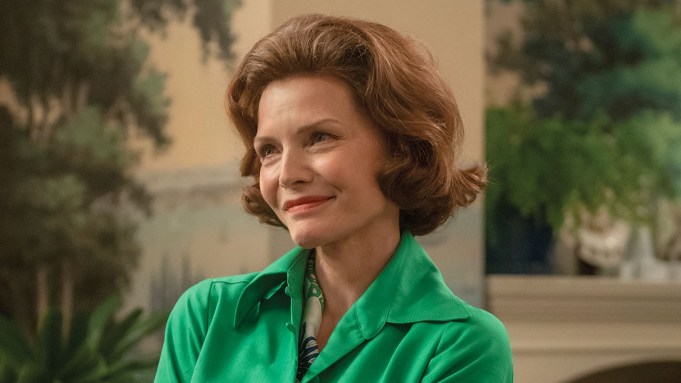 [The show starts] when she was in her late 40s. I made her eyebrows fuller and darker. As she got older, and as the wigs changed, [her eyebrows were] more sparse, and the color would get lighter.

Betty Ford was in love with this icy blue eyeshadow, which sometimes she applied not in the cleanest way,” says makeup artist Valli O’Reilly. “She was in a rush. I didn’t want to look like I was sloppy, so I made it more refined.

I used Giorgio Armani foundation and mixed it with moisturizer. I brushed it on her face, and we didn’t use any powder ­— Betty looked very shiny, even in the family pictures.

We used foundation and highlighting to make her top lip look a lot more like Betty’s because Michelle has quite full lips. We did some manipulation to make her top lip look thinner. I found the lipstick that Betty always [used] — once in a while, she looked like she wore red, but most of the time she wore orange. We actually found, from Revlon, the Orange Flip that they used back then, and they still sell it.

Michelle Pfeiffer attends the Paramount+ UK Launch with the cast of “The First Lady” | June 21, 2022