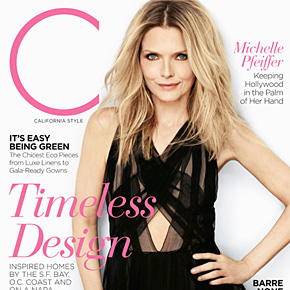 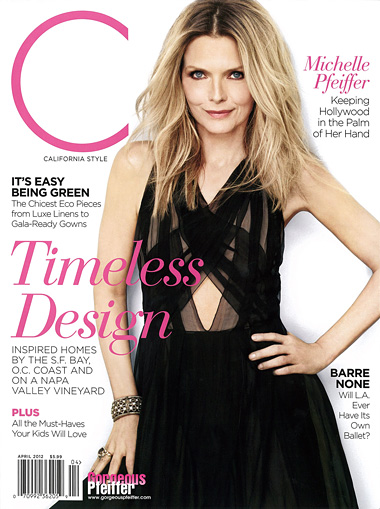 HOW A BLOND BEAUTY FROM ORANGE COUNTY BECAME A STAR, STARTED A FAMILY AND MOVED TO NORTHERN CALIFORNIA—ALL WHILE KEEPING HOLLYWOOD IN THE PALM OF HER HAND

“My friend once told me. ‘If you can’t do anything else and be happy, be an actor.’ For me, it was just the best option.”

Four years before Michelle Pfeiffer landed the role of Elvira Hancock in Scarface, she was bagging groceries at the local Vons supermarket in Fountain Valley to pay her way through stenography school. She undoubtedly would have made it to checker end, eventually, become Orange County’s sexiest court reporter, but she didn’t get that far. At 20, she dropped everything and headed for Hollywood.

Although this was the first time Pfeiffer had deliberately taken her life off track and rerouted it on a new course, it’s something she’s comfortable doing. She is a Taurus, after all, a sign for which change is the only constant. She chose her vocation almost by default, saying: ‘My friend [actor] Jeff Goldblum once told me, ‘If you can’t do anything else, be an actor. If you can do anything else and be happy—do that.’ For me, it was just the best option.” 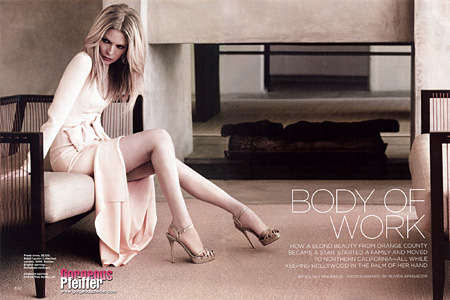 Sitting across from one of the world’s most iconic stars, you realize three things immediately: 1. She’s even more beautiful in person than you’d imagined. 2. Against all odds, she’s profoundly level-headed. 3. And, at 53, she still has ambition coming out the ears. Case in point: Next month, Pfeiffer plays reclusive matriarch Elizabeth Collins Stoddard in Tim Burton’s movie remake of the 1960s gothic soap “Dark Shadows.” She says, “I was really uncomfortable doing it, but I decided to pick up the phone and call him. I wanted it. I really did.”

Pfeiffer and Burton first met in 1992 on the set of Batman Returns, where Pfeiffer, vacuum-sealed in a black body suit as Catwoman, clearly made a good impression on the director. She was just off a string of Oscar nominations for Dangerous Liaisons (1988), The Fabulous Baker Boys (1989), and Love Field (1992) that placed her atop Hollywood pecking order—and kept her there. And, she was equally as dogged in her personal life. 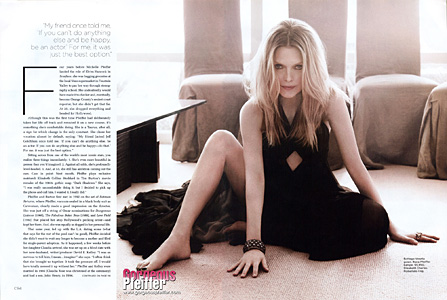 That same year, fed up with the L.A. dating scene [what that says for the rest of the pool can’t be good], Pfeiffer decided she didn’t want to wait any longer to become a mother and filed for single-parent adoption. As it happened, a few weeks before her daughter arrived, she was set up on a blind date with her now-husband, writer/producer David E. Kelley. “I was so nervous to tell him, I mean…imagine!” she says. “I often think that she brought us together. It took the pressure off. I would have totally messed it up without her. “Pfeiffer and Kelley were married in 1993 [Claudia Rose was christened at the ceremony] and had a son, John Henry, in 1994. 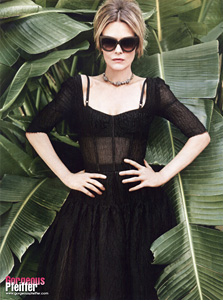 Kelley has had a highly productive career with hit television series including “Ally McBeal,” “L.A. Law,” “Boston Legal” and “The Practice.” “There were a few years there where I really felt like the First Lady,” says Pfeiffer, who much prefers her freedom of slipping in and out of the spotlight as she pleases. Five years ago, the couple decided that the family needed to spread out and slow down. They bought a property and relocated to the S.F. Bay area, where Pfeiffer took a four-year break from acting to get the kids through high school. On days like today, she wakes up before dawn, catches a flight to the Burbank airport, drives herself to various appointments [after our meeting, she’s en route to Midway City to have lunch with her mother] before heading back on an afternoon departure. On the verge of becoming an empty nester herself, Pfeiffer is increasing the frequency of these days trips as she takes on smaller projects. 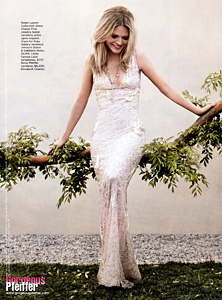 One of them is the heart-wrenching family drama Welcome to People, produced, directed and written by Alex Kurtzman [Transformers, Star Trek, Cowboys & Aliens], which will be released this summer. After roles like Velma Von Tussle in Hairspray or Lamia in Stardust, here, she plays a woman you might actually know: a widow wronged by her deceased husband and left to reconcile their painful past with an estranged son. Pfeiffer is almost unrecognizable in character. “I was struck in the editing room by how many choices she would make in advance and how consistent she was in every take.” says Kurtzman. “That only comes from experience.” 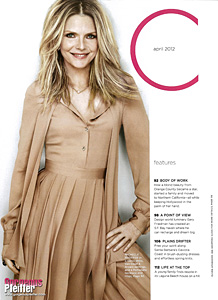 Pfeiffer trusts her ability to make choices; it’s how she navigates through life. [She’s also famous for turning down the leading roles in Basic Instinct, The Silence of the Lambs, Double Jeopardy and A Prairie Home Companion.] What’s been omitted from this interview so far are all of her endearing questions about my choices: “Why did you move here?” ‘Have you ever thought about writing a screenplay?” I fumble, so she steps in, “Oh, I’d love to write a screenplay some day,” and leans in a little closer—“I’ll have to get David to be my ghost writer, shhh!” If that’s what she has her heart set on, consider it done.

Ruven Afanador: “I’ve always found Michelle [Pfeiffer] so beautiful and mysterious,” says photographer Ruven Afanador on his first assignment for C [“Body of Work,” p.92]. “She was everything I imagined, which is very rare.” The N.Y.-based veteran fashion and portrait photographer is now shooting couture collection on Vanessa Paradis and Heidi Klum for Yo Dona magazine. 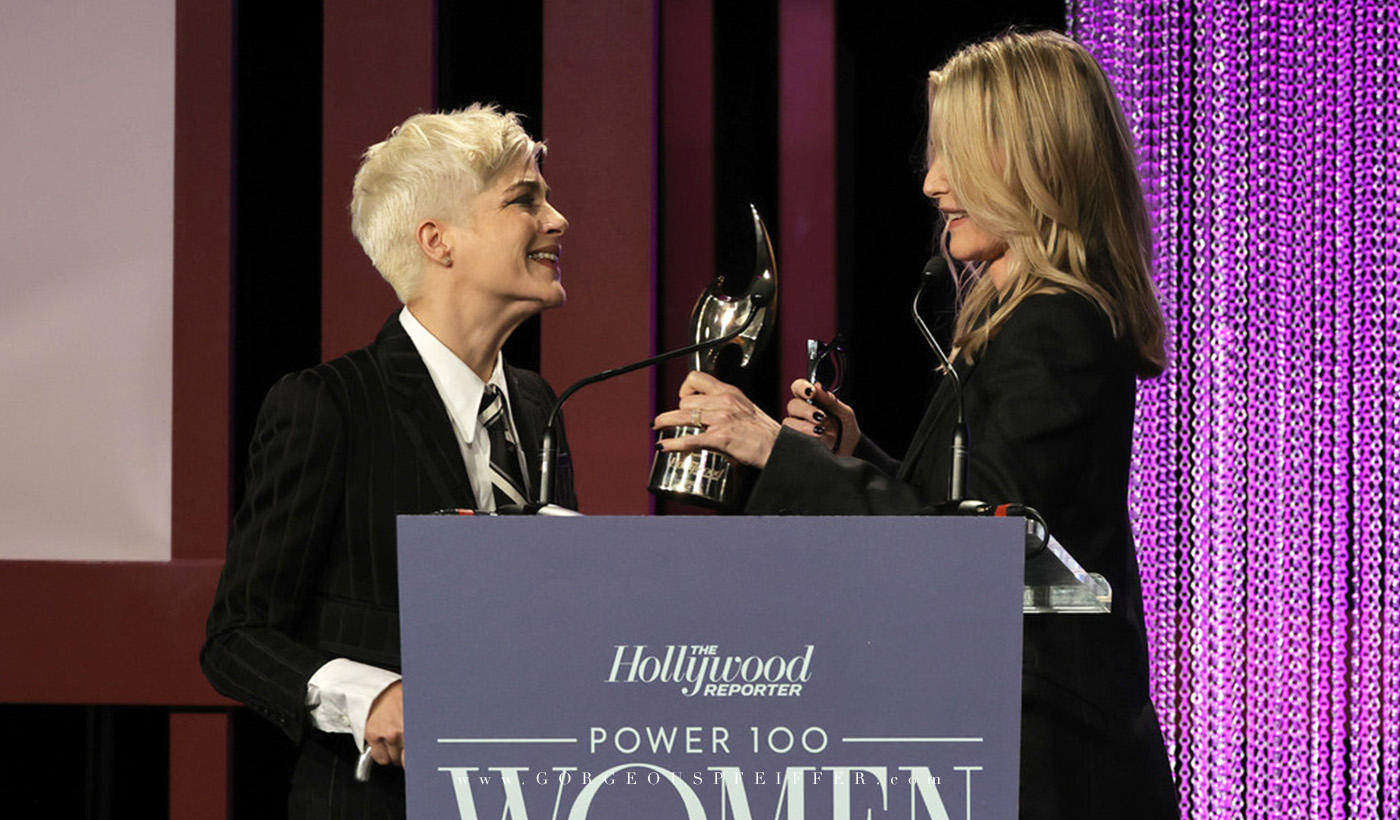 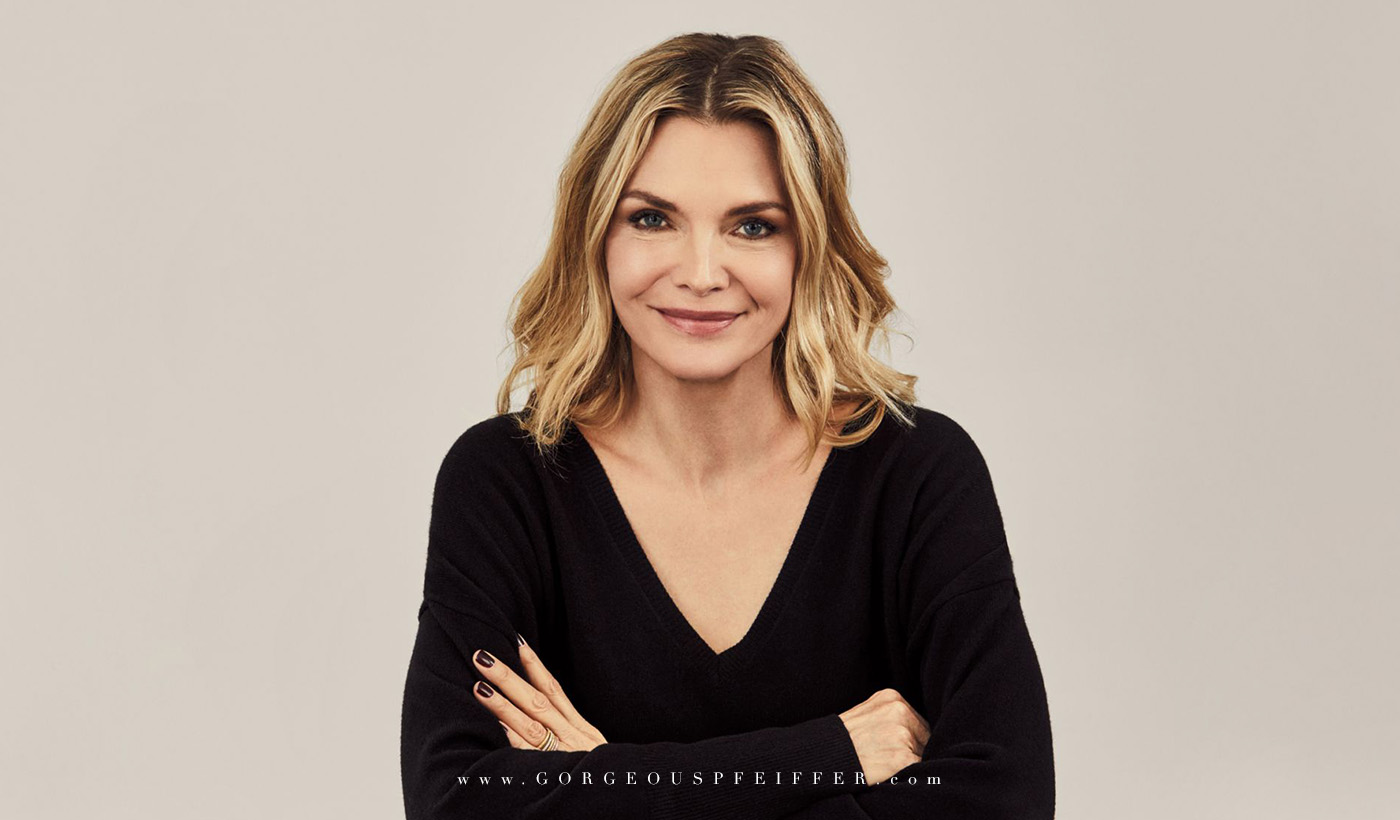