Get a first look at Michelle Pfeiffer as Betty Ford, Gillian Anderson and Viola Davis as Michelle Obama and Eleanor Roosevelt in Showtime’s The First Lady

The show’s first season will focus on the personal and political lives of Obama, Ford, and Roosevelt, tracing “their journeys to Washington through an enlightening intimacy,” according to Showtime. 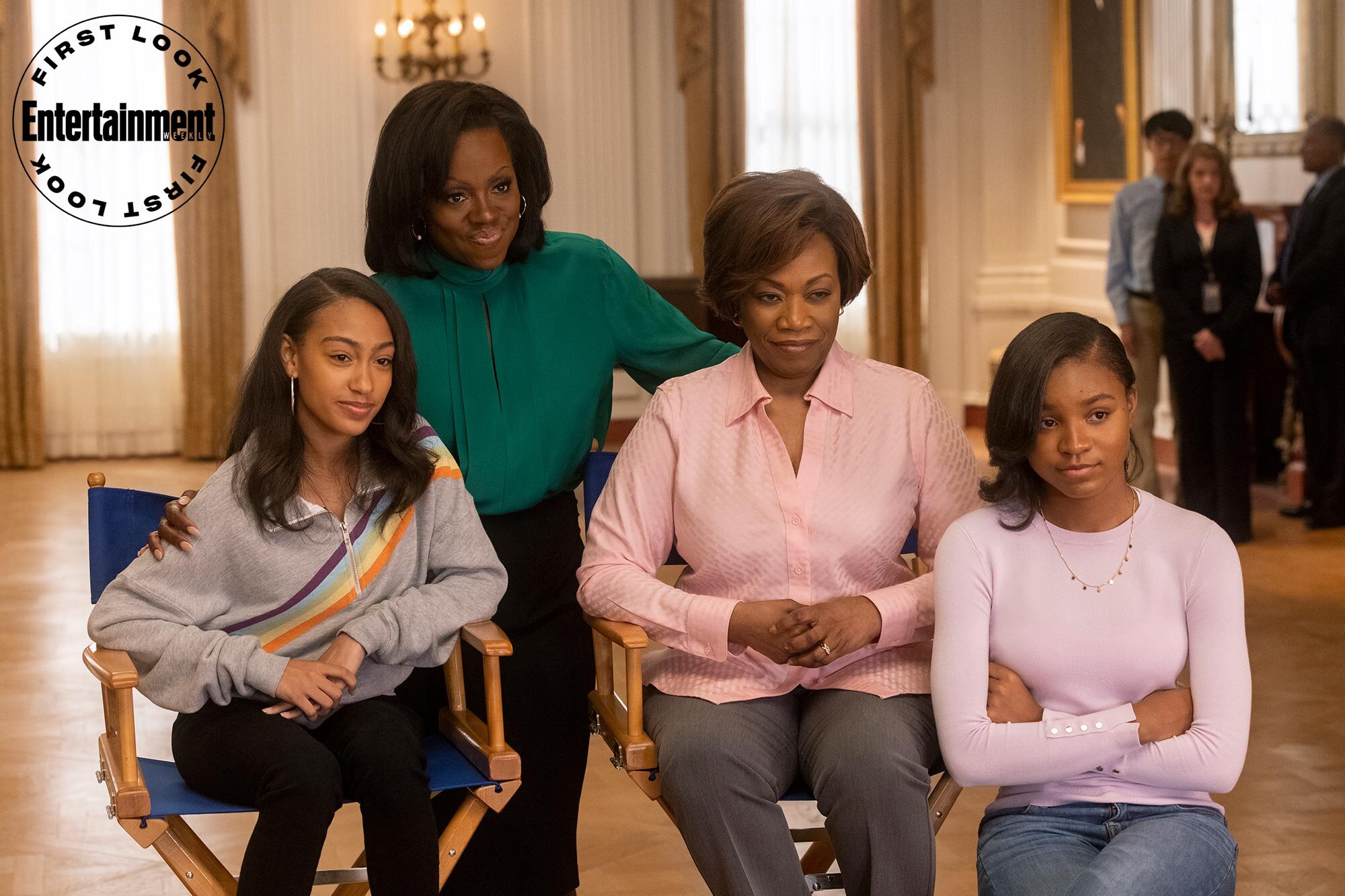 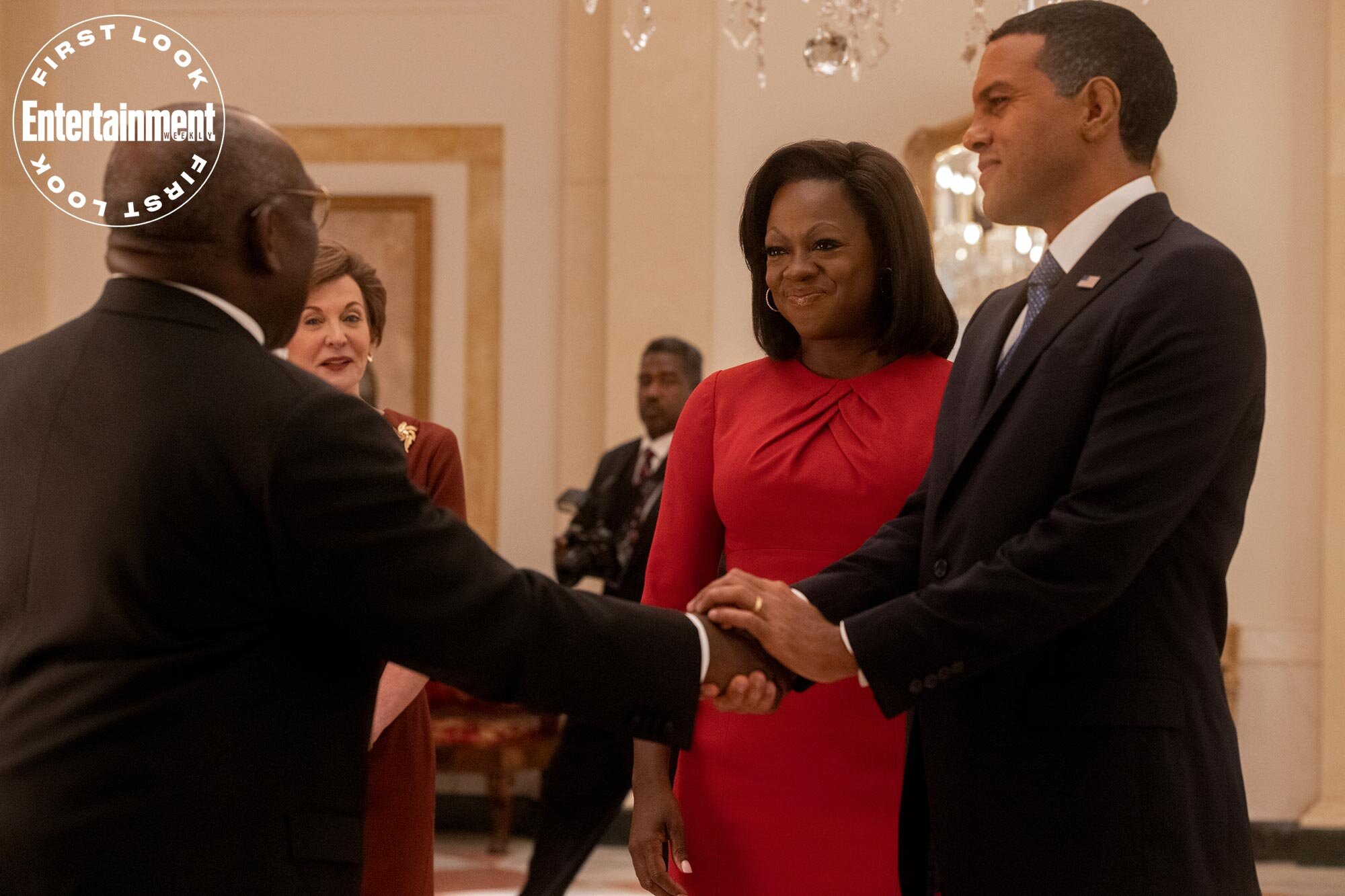 Yes, the Oscar- and Emmy-winning actress (and The First Lady exec producer) did have a nice chat with Michelle Obama — and read her memoir, Becoming — before signing on to the anthology series, which explores the former First Lady’s eight years at 1600 Pennsylvania Avenue. (The dead ringer for President Barack Obama is Black Widow‘s O-T Fagbenle.)

“I feel very protective of Michelle,” says Davis, who also studied the first lady’s 2020 Netflix doc to perfect her gestures. “It’s our job as actors not to judge whoever we are portraying, but I ended up thinking she’s just dope.” 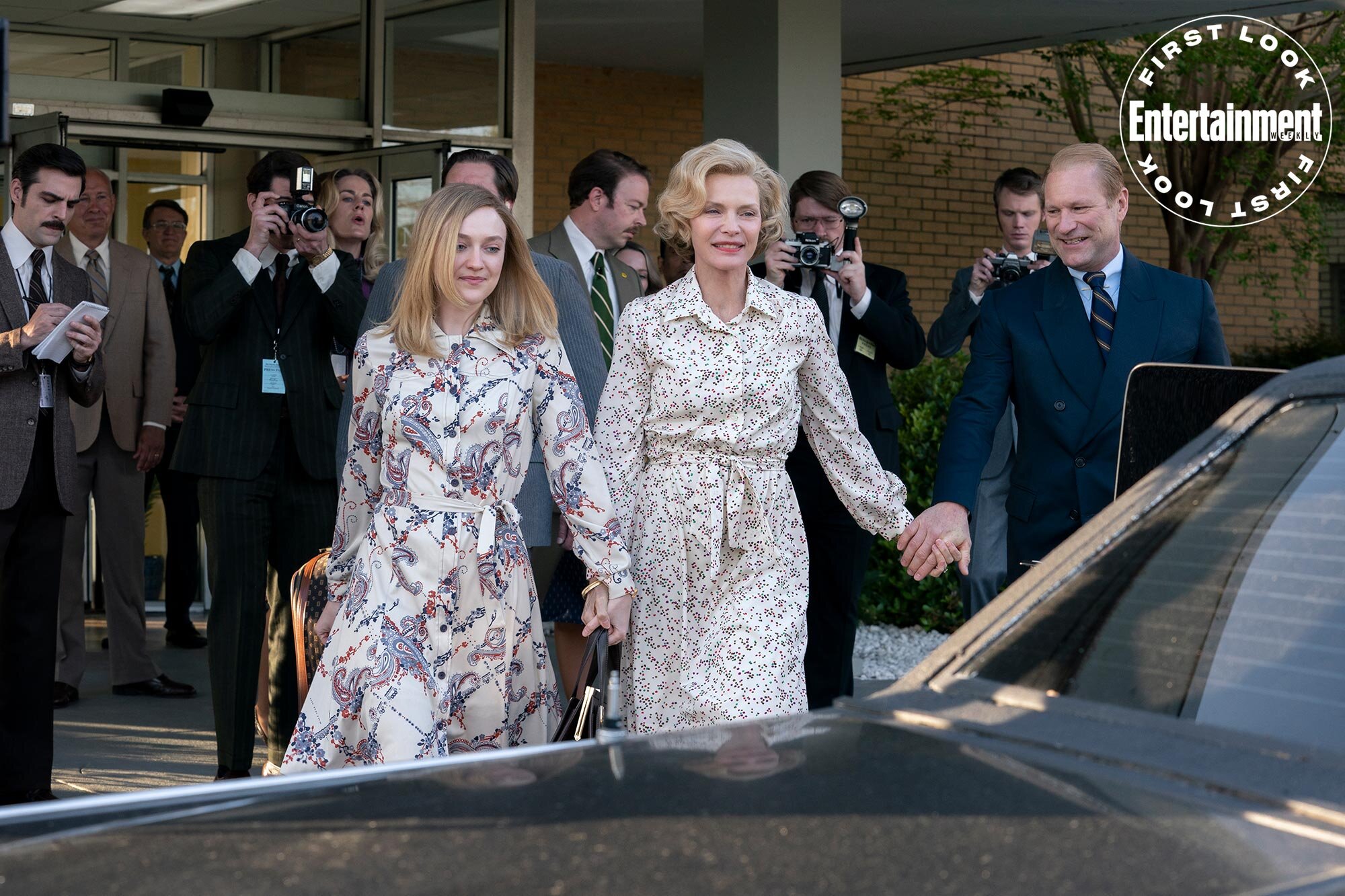 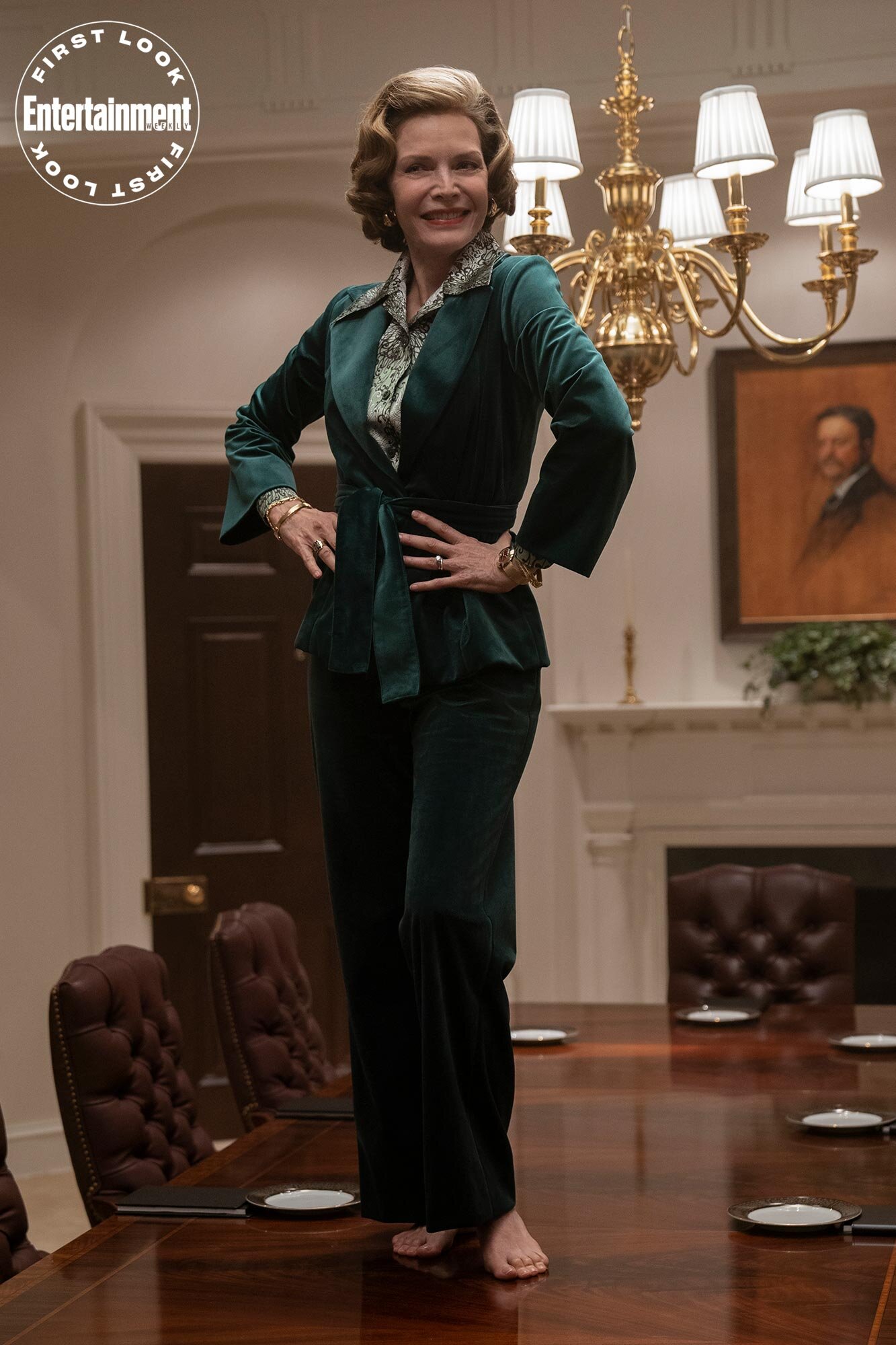 “Michelle had a very overwhelming part to play — because there were so many times Betty’s life was out of control because of her dependency,” Schulman says of Pfeiffer, pictured above with Dakota Fanning (as first daughter Susan Ford) and Aaron Eckhart (as President Gerald Ford). “Michelle is beautiful and brittle and vulnerable and strong, all at the same time,” Schulman adds of the star’s portrayal of Betty Ford — a first lady who, personal addictions aside, was a firebrand known for outspoken advocacy of hot-button issues. “That’s what we needed because that’s what Betty was.” 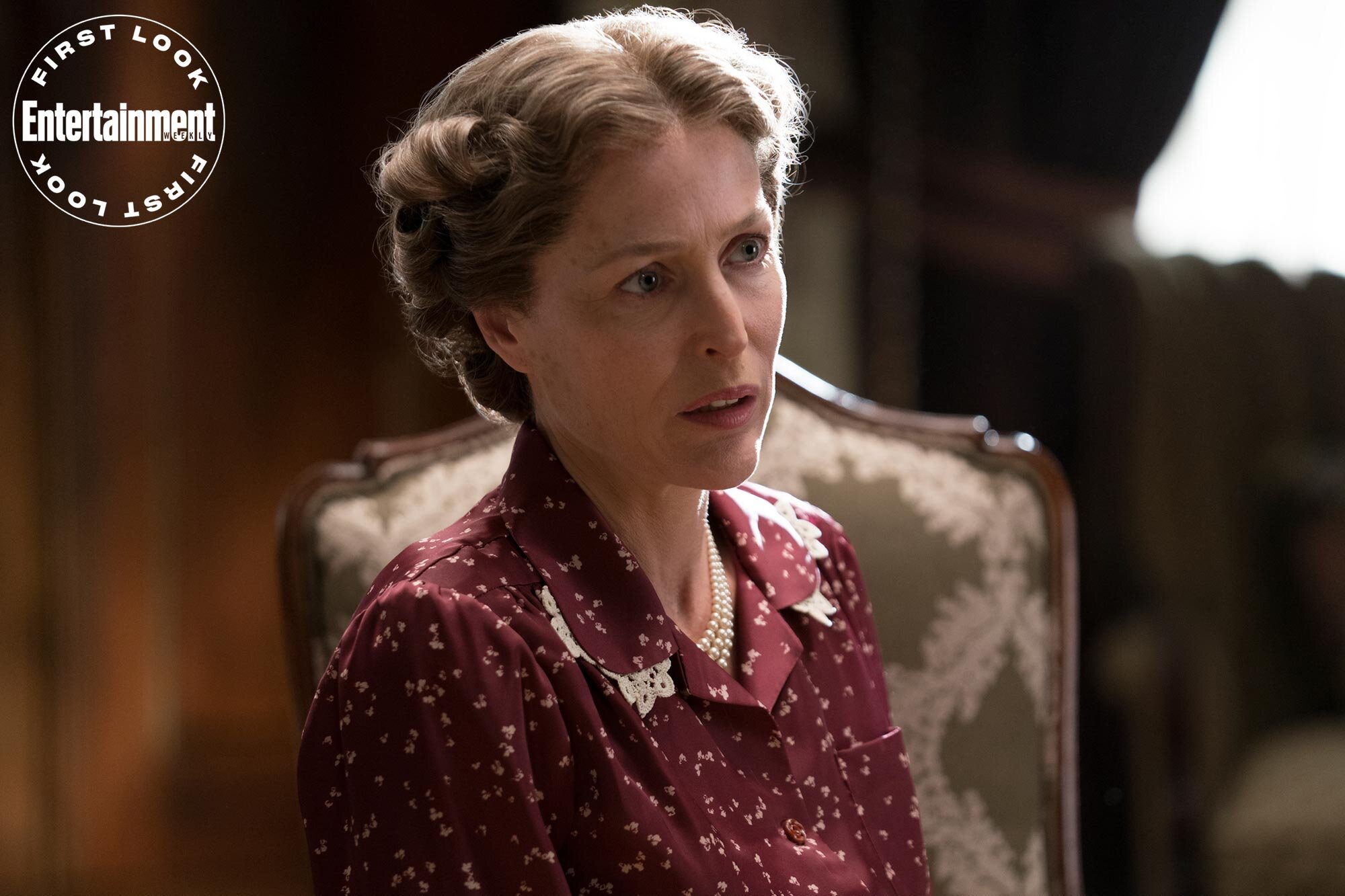 Fresh off playing the Iron Lady on The Crown, Anderson didn’t have the luxury of studying documentaries or old newsreels to portray our longest-serving first lady — the wife of President Franklin D. Roosevelt (Kiefer Sutherland) — whose relationship with Lorena Hickok will be explored. “There is a kind of poetic quality to Gillian,” says Bier, who remains in awe of these White House spouses after directing all 10 First Lady episodes: “Wanting to have a version of life while still being someone’s wife and managing to have a huge impact? I fell in love with all three of them.”