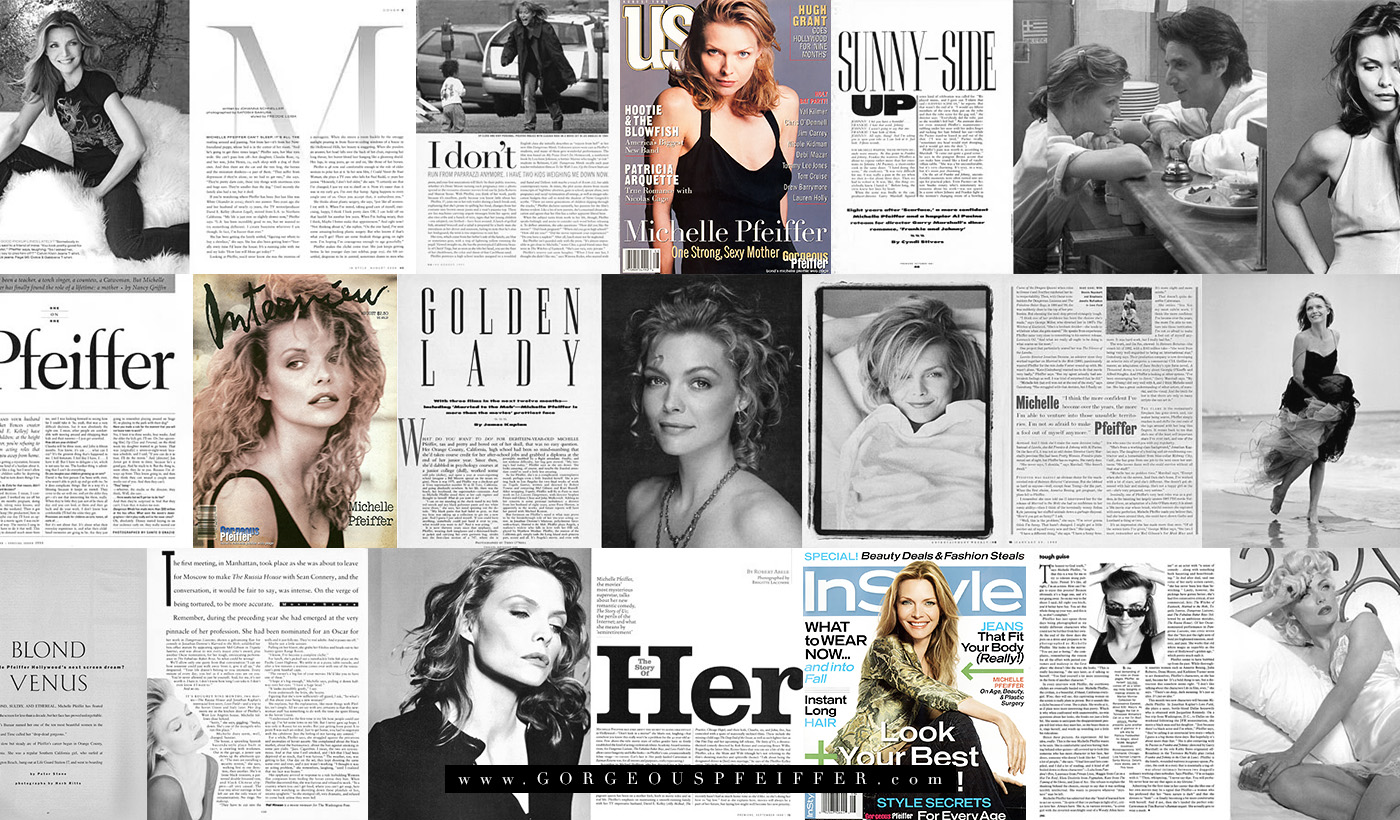 AUGUST is a relatively quiet month for Pfeiffer fans, after the finally release of “Where is Kyra?” (in Blu-ray/DVD/VOD)/”Ant-Man and the Wasp” (in cinemas except the UK) and our lady is currently filming in London for “Maleficent 2“. GorgeousPfeiffer.com would like to revisit some of the classic Pfeiffer interviews with you all during this break, from three of the past August issue of La Pfeiffer’s magazine. 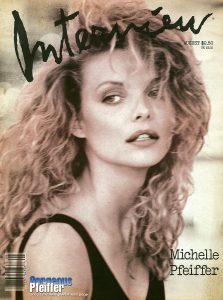 One of the very FIRST serious interview of Michelle Pfeiffer at the beginning of her prime from a serious magazine – Interview (and now became a history as the magazine has closed down months ago).

Michelle just turned 30 years old and she was still that very shy and private girl, obviously she didn’t make it easy to the interviewer Peter Stone, and giving very brief replies, as a result the questions are somehow much longer than the answer itself.

It also featuring one of the best photoshoot by legendary photographer Herb Ritts.

This magazine was issued in August 1995, as part of the promotion for “Dangerous Minds“. It was the time when “US” magazine was still more like a decent entertainment magazine instead of gossip weekly magazine. Michelle was 37 then back, married, with two children, busy between filming and being a full time mum. She’s certainly soften after became a parent and no longer HATE the media people but still scare of them.

Amazing photographs were taken by Brigitte Lacombe, “She has a quality of great fragility, of some inner delicacy. She wears a little black dress – an exception here. Also it’s a little bit pulled back“, says Lacombe on Michelle.

p.s. LOVE the cover! and every pictures inside. 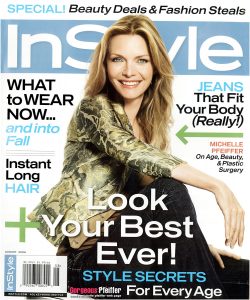 One of the Four Instyle cover of Michelle Pfeiffer so far, and nearly all of them shared the same signature smile of the Queen, lovely! but really wish they could try different styles and not the standard thing, however, we truly understand it’s a household magazine after all.

Interview was made after her first few years break since year 2002, it was originally set to promote the never-come-to-cinema movie “I Could Never Be Your Woman“, but then the movie release date got postponed and…you knew the story. It was a more liberating conversation between Michelle and writer Johanna Schneller about family, about beauty, nothing too serious and simply some happy sharing, plus pretty photographs by Satoshi Saikusa.

ENJOY the read and let’s come back and exploring more old interviews of La Pfeiffer in September!

The good 2017❤️ All these gorgeous Michelle P 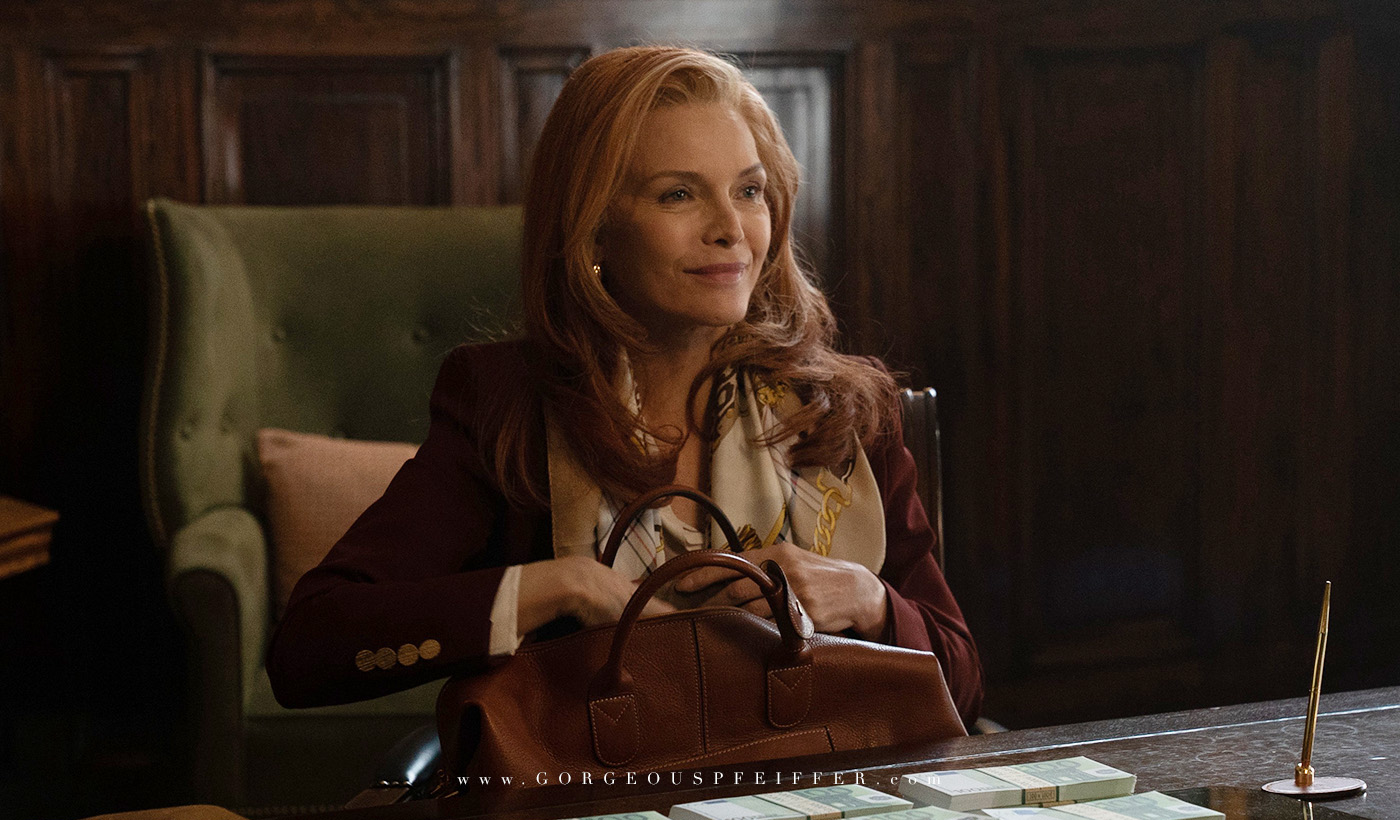 Bristling with indignation, Manhattan socialite Frances Price, played by Michelle Pfeiffer, delivers the line of the movie, French Exit, when told that her fabulously wealthy 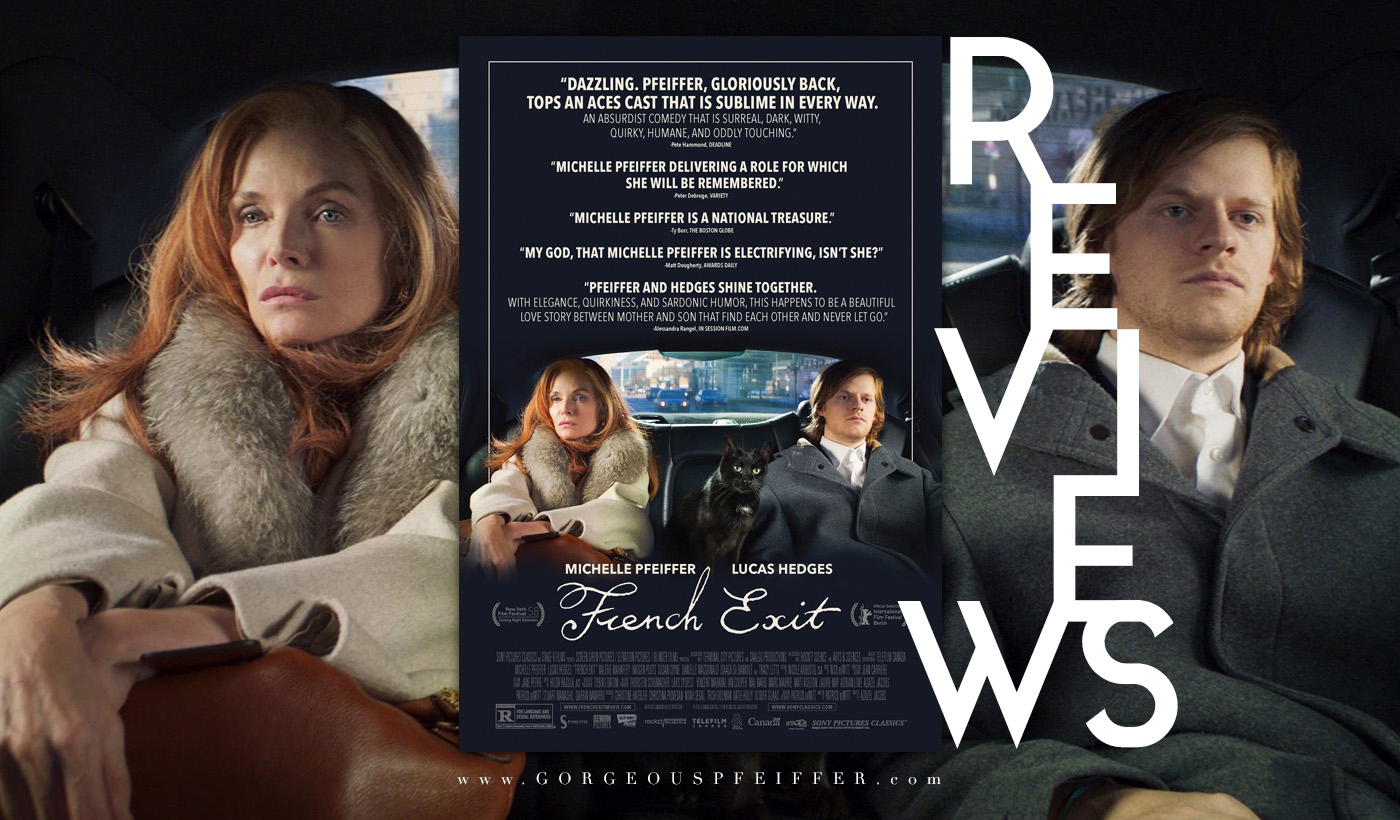